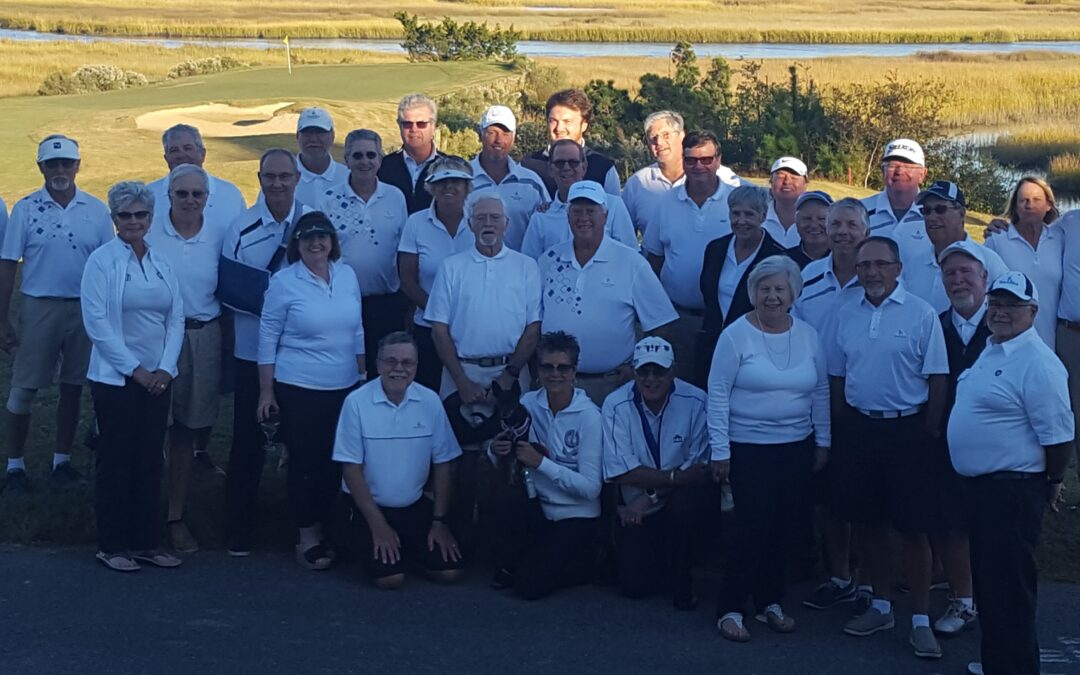 The most anticipated event of the year, Rivers Edge River Cup, was held on Wednesday, October 31, 2018. The event is a 27-hole competition similar to the Ryder Cup format: 9 Hole Captains Choice, 9 Hole Modified Alternate Shot and 9 Hole Match Play.  The event is open to all Rivers Edge residents and property owners. Participants are broken down into two teams, Team Red and Team White. The selection process is a well-thought-out strategy by our captains held several days prior to the event. This years’ captains for the Red team were Michael Wiggins and Sandy Campbell while the White team captains were Harold Strunk and Shirley Arnold. 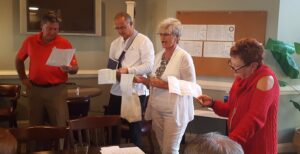 The fun and festivities begin well before the first match hits the tee box. Jockeying for teams and selections seems like they start before the prior years’ competition even ends! This years’ excitement began on Tuesday evening when participants met in the Double Eagle Grille after hours for the pairings party. At this time, the committee reviews the rules and format and captains announce their pairings and scheduled tee times. The Double Eagle Grille staff served up a wonderful spread of appetizers and snacks as residents enjoyed a few spirits fueling their heckling and gamesmanship before the competition. It was a packed house with standing room only filled with loads of fun and fellowship.

Standing room only at the Pairings Party

Matches teed off between 8:00AM – 9:12AM for the morning rounds and then again at 1:39PM for the match play. The Double Eagle Grille served delicious hamburger buffet in between the AM and PM rounds along with scoring posted for the completed matches. All in all, we could not have 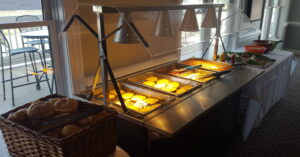 asked for a more beautiful day of golf. After a slightly brisk morning the sun reached its full potential and temps were in the low 70’s with hardly a cloud in the sky. Course conditions were equally as fantastic with greens rolling as perfect as you could hope for in any competition. Some could say perfection was falling right into place and the competition itself supported the splendor of the overall event. After a back and forth morning session. the 2017 River Cup Winners (RED team) found themselves trailing the WHITE team by only 3 points: RED 15.5 vs WHITE 18.5. RED had their work cut out for them but would not go down without a fight, while the WHITE team was feeling confident and playing consistently, prepared to take the Cup back to the darkside. After some truly brilliant results and big push by the RED team to square the match it came down to the final pairing on the course. The score by now was level with both teams sitting on 30 points each. The tension was building and the drinks were flowing! As the final group holed out, the WHITE team managed to hold onto the lead by a small point margin and were crowned the winners of the 2018 River Cup. Congratulations to the WHITE team! 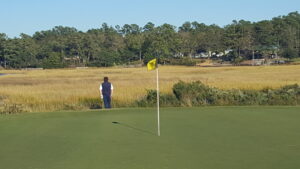 A time to reflect and be thankful for all we have!

In summary, the 2018 River Cup is just what the doctor ordered! The Rivers Edge community has done nothing short of battle this entire year displaying their true resilience and community to overcome through compassion and love. Between the highly inconsistent weather patterns that compromised course conditions or devastated local communities to several key Rivers Edge residents battling severe health complications, if Rivers Edge needed a day of distraction and release, the River Cup was the prescription. Adding to the joy of this day we had surprise appearances from some of our members who were unable to participate due to health complications. We hope their spirits were lifted as much as they lifted ours with their presence.

Some images from the 2018 River Cup 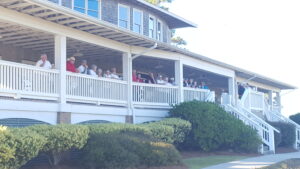 Participants cheering on their fellow teammates as they finish 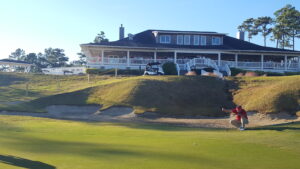 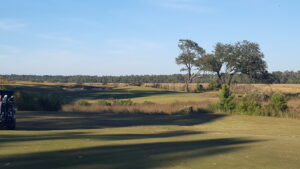 The view never gets old! 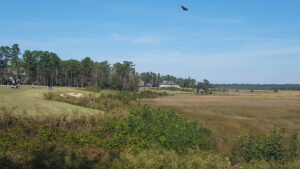 A beautiful day for our 2018 River Cup 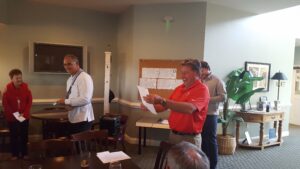