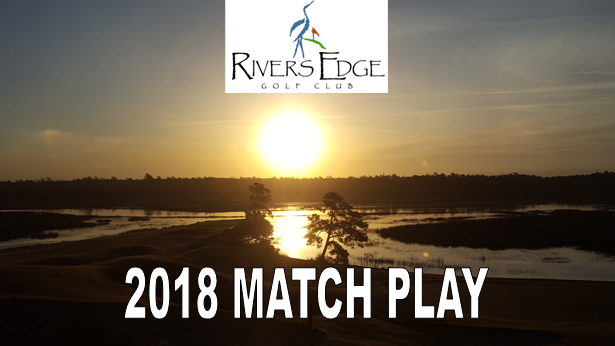 We had a total of four ladies participate in two groups broken down by handicap.  We had some very close matches and what some may call a David vs. Goliath in the making. The #1 seeds prevailed but not without a fight from their competitor!

Our men’s group A had a lot of action with some big upsets and a the tournaments cinderella story in the making. Rob Pick as the number seven seed made a respectful run at the field knocking off the higher seed in route to the finals! Could he keep the momentum going and take down Goliath? In the end the #1 seed Dennis Denihan prevailed as the victor of the group. A clutch and consistent performance out of the #1 seed through the rounds proved to be what was needed to retain the seeding!

Group B gave us all the excitement you could ask for in a match play tournament. Every story every scenario balled up into one firework! The tone was set in the first round when every higher seeded player defeated the lower seed, march madness tables were busted on day one! Did we have a true cinderella story unfolding once again? With all the action and excitement unfolding in round 1, flying under the radar was our 5th seed Ron Johnson, who saw the opportunity and took hold of the bracket. He was a man on a mission and out of the middle he rose to the top of the podium.

Things balanced out more in this group. If you were a betting man this was a hard one to call. The seeding matched up almost as expected and the stage was set for some big moments. This might have been the closest bracket with many of the matches going to extra holes and being decided down the home stretch. Not long back from an extended absence our #1 seed looked steady and in control of the group. Would his endurance become a factor down the home stretch, only he held the cards to tell! With a steady performance from start to finish Steve DeRose proved to have enough in his bag of tricks to steal the group.

Stay tuned for our next event coming soon; Member/Member