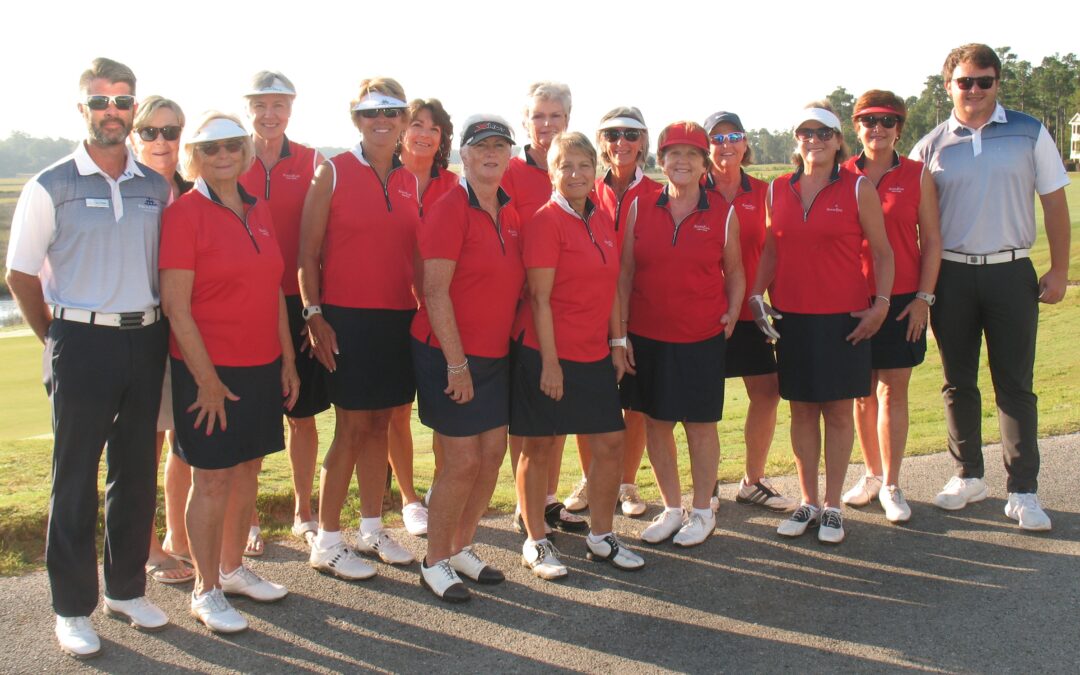 On Thursday September 28, 2017 Rivers Edge had the pleasure of hosting the 2017 Ladybirds tournament. We knew we were in store for a spectacular day as soon as the sun broke the horizon!

The event is an individual stroke play competition with prizes awarded to first and second low gross and low net along with low putts for each flight. The tournament had a total of eight flights which yielded the greatest amount of prizes issued this year for Ladybird tournaments. There was a total of fifty-two winners rewarding sixty-five percent of the field, an astonishing payout for any tournament!

Our very own Rivers Edge Ladybirds represented the club in style winning seven of the places recognized and taking first low gross in half of the flights. WAY TO GO RIVERS EDGE LADYBIRDS, we are proud of you!! Rivers Edge Flight winners were;

The day was complimented by our Double Eagle Grille who served some menu favorites. Players had their choice of a River Wrap, Cilantro Chicken Salad or Veggie wrap served with fresh-cut ships, coleslaw and a delicious cookie tray for desserts. I can personally vouch for the tastiness of all the food having to sample for quality control (wink, wink).

The day would not have been possible or nearly as successful without the help of all our volunteers. Our Rivers Edge family really took pride in hosting this event going above and beyond with their services. We had a total of nearly twenty volunteers who over the course of several days did everything from decorations to registration, spotters, team photos, course ambassadors and much more. Their commitment to making this a first class event is just the way we roll at Rivers Edge, we are one big family! We thank you volunteers for all you did especially our fearless leader and team Ladybird captain, Shirley Arnold!!!

Until next time Ladybirds, keep it in the short-grass!