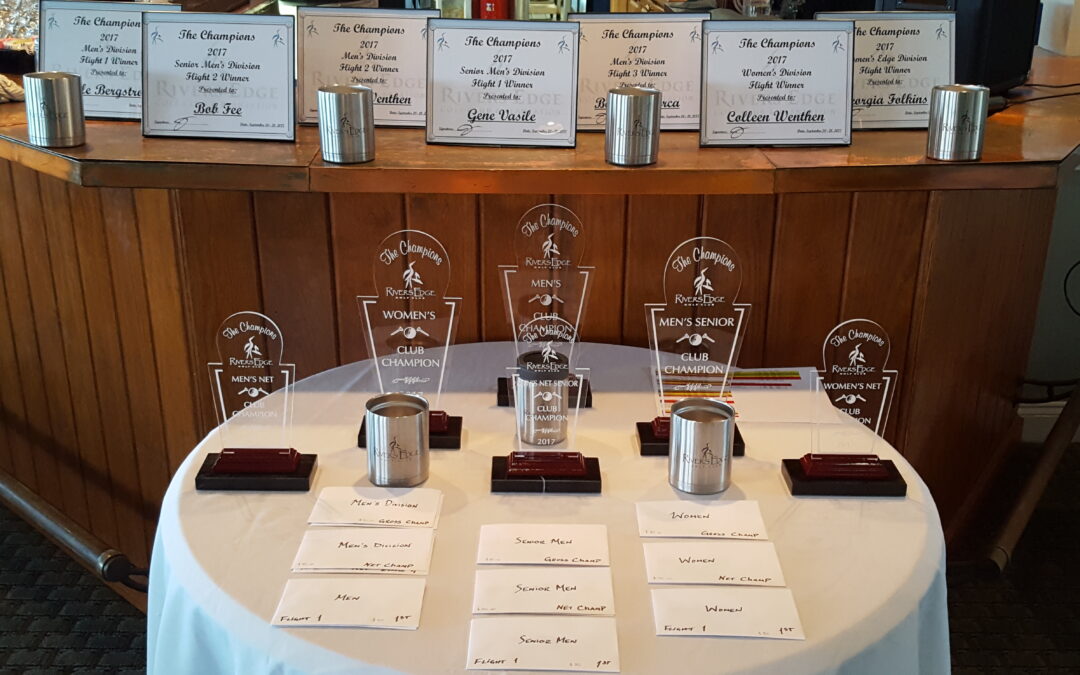 Sunrises on Final Round

As the sun broke the horizon it set the stage for the final round of the 2017 Champions Tournament. The Club Championship included four divisions; Men’s Division, Senior Men’s Division, Women’s Division and Women’s Edge Division.Competitors were treated to three days of outstanding weather and pristine course conditions! The 2017 Champions Tournament was a jam-packed three-day event. We opened the festivities with the crowd favorite Long Drive Competition followed by our pairings party, Round one and the Final Round with Champions Dinner and Awards Ceremony concluded the extravaganza.

The Long Drive competition began at 3:00 p.m. on Tuesday September 19th with a jam-packed

atmosphere full of energy. The competition had nineteen registered participants. The Women’s Long Drive Champion was Kathleen Pasquale ( 154 yards), Men’s Long Drive Champion Division “A” was Rob Pick (256 yards) who repeated as a long drive champion and Men’s Division “B” winner was Nick Micale. Following the long drive competition that evening was the Pairings Party. The pairings party is when players receive their welcome packet, entry gift, round one pairings and rules meeting. The night is complimented with heavy hors d’oeuvre and drinks at our Double Eagle Grille.

Round one and round two were played on Wednesday September 20th and Thursday September 21st under beautiful blue skies with temperatures in the high eighties. The entire field of competitors displayed endurance, consistency and heart over the two-day tournament. Following are your trophy winners;

Thursday evening after the completion of the tournament all competitors and their guests joined us in the Double Eagle Grille for the Champions Dinner and Awards Ceremony. Players and their guests began arriving dressed in their best garments and looked amazing! It was a memorable evening with over sixty-five percent of the field receiving prizes, camaraderie, spirits and a formal dinner served by our Double Eagle Grille staff.

We would like to send a heartfelt thank you to all of our participants for their support!